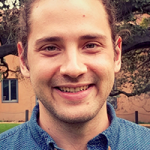 Dimitris co-chaired the first SysML Conference in Stanford, California February 15-16, 2018. SysML is a new conference targeting research at the intersection of systems and machine learning. The conference aimed to elicit new connections amongst these fields, including identifying best practices and design principles for learning systems, as well as developing novel learning methods and theory tailored to practical machine learning workflows. More information:  http://www.sysml.cc/2018/index.html

Artificial intelligence has become so smart and commonplace that most people accept computer-generated restaurant recommendations or movie suggestions without blinking an eye. Underneath the virtual surface, however, much remains mysterious in the realm of machine learning, where systems attempt to mimic the remarkable way humans learn.

Current machine learning capabilities aren’t up to the task for handling highly complex, rapidly changing, or uncertain environments, and artificial intelligence can easily be tricked by false information from a clever adversary—critical situations for national defense.

In an effort to build the next generation of machine-learning methods to support its needs, the Air Force Office of Scientific Research and the Air Force Research Laboratory have awarded $5 million to establish a university center of excellence devoted to efficient and robust machine learning at the University of Wisconsin-Madison. The center also includes researchers from the Toyota Technological Institute at Chicago.

Called the Machines, Algorithms and Data Lab (MADLab), the center is led by Robert Nowak, the McFarland-Bascom Professor in electrical and computer engineering at UW-Madison and an adjoint professor at the Toyota Technological Institute at Chicago.

Central to the new center’s mission is finding a deeper understanding of fundamental concepts in machine learning and then leveraging that insight into building data-efficient, operationally robust computer programs for national defense needs. However, innovations emerging from the center could benefit the lives of people worldwide, and Nowak believes the next generation of machine learning algorithms will not only bolster national defense capabilities, but also benefit civilians. “Our aim is to make machine learning more effective and broadly applicable,” he says.

Today’s machine learning techniques use massive amounts of data that humans have analyzed and labeled—preparing systems to operate in well-understood and well-defined environments. Essentially, with data and algorithms, we program machines to teach themselves.

However, some of the most sensitive types of information, like covert intelligence, often consist of poorly labeled or incomplete datasets, which currently can confound machine learning algorithms. Additionally, analyzing the types of data—like electromagnetic signals or hyperspectral imagery—that arise in tactical environments can be more complicated than parsing patterns from more common information sources such as photographs, sounds or texts.

“Modern machine learning methods can be unexpectedly fragile, which is particularly sobering when they are used in medicine, defense or autonomous vehicles,” says center collaborator Rebecca Willett, an associate professor of electrical and computer engineering at UW-Madison and fellow of the Wisconsin Institute for Discovery. “By understanding fundamental aspects of how and why different approaches work, we can better prevent failures.”

Future artificial intelligence methods will be required to help systems learn and make decisions without large amounts of human-labeled data. They also must perform in degraded or changing environments, and even determine how and when to ignore manipulated data.

At the MADLab, researchers will pursue four main avenues to make machine learning more efficient and robust. The scientists will work to teach computers to automatically select the most informative data for training, so that humans waste less time labeling unimportant information.

They will attempt to boost efficiency by making the coding that powers machine learning more similar to human brain patterns. Another goal is to ensure that machine learning algorithms perform predictably, even when faced with corrupt or incomplete data. And finally, the researchers will develop strategies to protect machine learning systems from attacks.

Because of its breadth of expertise, UW-Madison is an ideal location for the MADLab—and the new center will be an important addition to an already thriving community of data science, machine learning and artificial intelligence research on the campus.

“MADLab harnesses the collective talent of world-renowned researchers who already have made significant contributions to machine learning,” says Nowak, who also leads the machines, algorithms and data research effort in the UW-Madison Grainger Institute for Engineering and is a fellow of the Wisconsin Institute for Discovery at the university. “Data science and machine learning research is thriving at UW-Madison. MADLab and the National Science Foundation funded Institute for Foundations of Data Science in Wisconsin Institute for Discovery are working together to develop the science and technology of tomorrow.”

Center collaborators also include UW-Madison electrical and computer engineers Mikko Lipasti and Dimitris Papailiopoulos; Jerry Zhu and Yingyu Liang from the UW-Madison Department of Computer Sciences; and Greg Shakhnarovich and Karen Livescu from the Toyota Technological Institute at Chicago.